American Songwriter was honored to spend some time with Paul Simon to discuss his latest masterpiece, the critically acclaimed Stranger to Stranger, as well as songwriting itself, for the magazine’s upcoming January/February issue. Here is a preview:

He divulged, after successfully luring his old pal and co-producer Roy Halee out of his idyllic Colorado retirement life to do this album, they didn’t want to stop. So they adopted a new approach, one this artist — always careful not to repeat himself — has never taken: Recording new versions of old songs. He’s long felt many of his past songs – though well-written – were not produced as well as they could have been, and therefore suffered. So he and Roy have started doing new versions of old ones.

When I asked him for an example, his first was “Night Game,” the dark baseball tale on Still Crazy After All These Years. He then asked me for any suggestions. My first was “Think Too Much, B” from Hearts and Bones. That led to a discussion of the birth of that song, written over only two changes (I and VI) over a percussion track from another song.

… On Stranger to Stranger, he’s continued to devise new methods of songwriting. … To ensure the production of a song is as inventive as the songwriting himself, he goes to great lengths – figuratively and literally – to find fresh sonic and musical textures for his songs. Always open to the use of any technology that allows him this freedom of sonic expression, he’s forever widening his horizons. 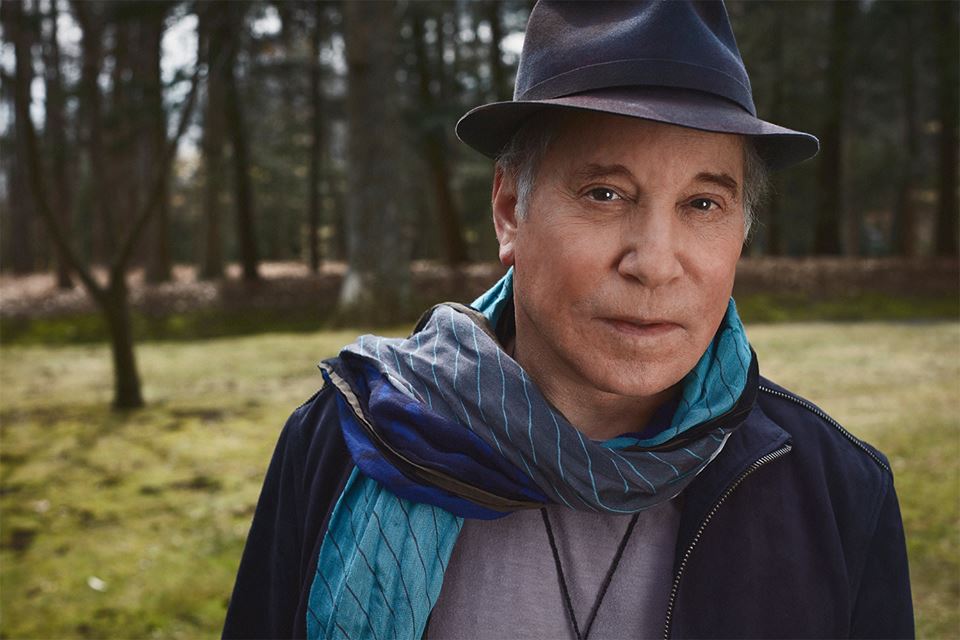